HOW DOES A TESLA COIL MAKES MUSIC?

Understand the underlying logic behind a Tesla coil, considered the world’s most dangerous musical instrument. 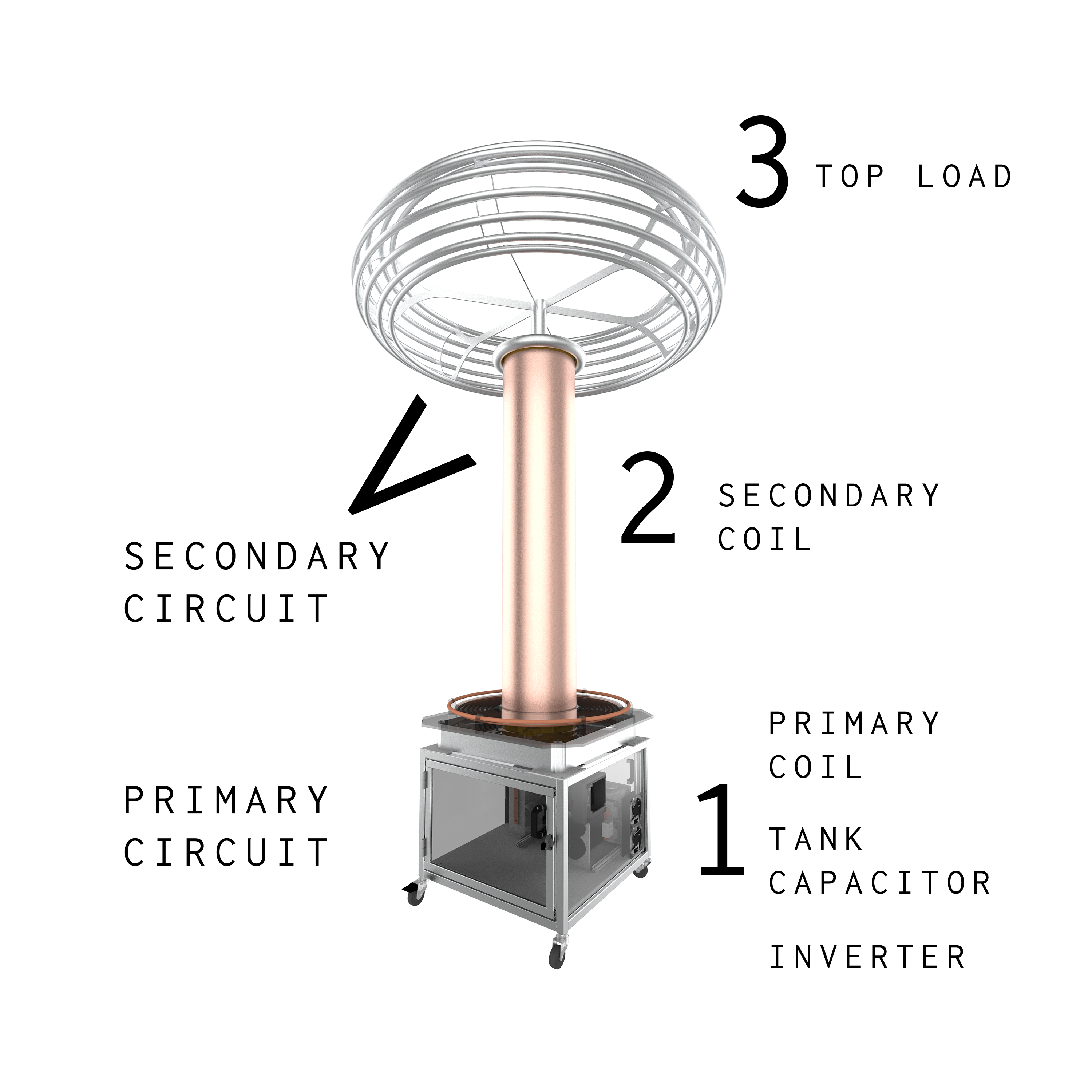 The Tesla coil is a form of resonant transformer invented by Nikola Tesla and used for experiments with artificial illumination, for example, the transfer of power to the light source without cables.

The secondary circuit, consisting of the secondary coil and top load, is a resonant circuit. The secondary circuit needs to be tuned the same resonant frequency as the primary circuit in order to the stored energy in top load achieve the highest amplitude, i.e. the longest arches. With the switching frequency of the inverter, electrical discharges create such pressure waves, which make them possible to play melodies.

How It Makes Music

Start with understanding what sound is
The sound is a pressure wave. Every sound produced by vibration. Vibration is the quick, back-and-forth movement of an object. When any object vibrates causing the air around it to move and forming sound waves. Frequency is the number of complete back-and-forth vibrations of a particle of the medium in a second. Sound’s pitch is determined by the frequency of the wave.

The science behind musical Tesla coil
A Tesla coil, best described as a form of plasma speaker, uses the expansion and contraction of air due to heating from plasma. Pressure waves at the audio frequency have been created through the bursts of sparks. A burst of sparks fires at every peak of the audio signal. The rapid firing of the sparks is faster than your eye can resolve, so it looks continuous, but in reality, the spark is forming and extinguishing at intervals of the audio frequency. By modulating the sparks’ output, musical tones are produced.